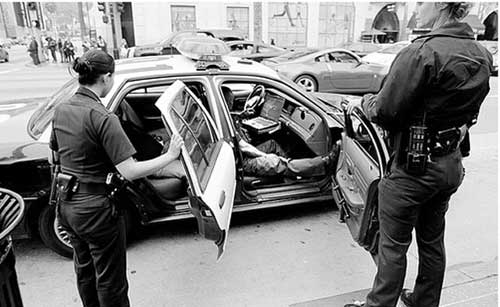 Photo by discarded via LAist Featured Photos on Flickr

The LAPD will announce a new way to make anonymous tips about crime via text message and e-mails tomorrow afternoon in a press conference. From their release:

Since the very early days of policing, people have been fearful that reporting information to the police could have very undesirable outcomes. A call about a crime could result in a visit from gun toting detectives or worse yet a uniformed officer in a marked police car. The "bad guy" would be immediately tipped off and retaliation would be all but certain. Perhaps a normally law abiding citizen would withhold information on a Murder for fear that the police would take an interest in the tipster's traffic warrant.

Ultimately many valuable tips were withheld from the police because people lacked confidence that their identity would be held in the confidence. Through the use of a third party interface tipsters can be completely anonymous. The third party interface provides the user with a code by which they can add new information and claim any possible reward.

We asked LAPD's media relations when people could start texting an emergency to 911 but they were unsure about when or if that technology would be used in the future.