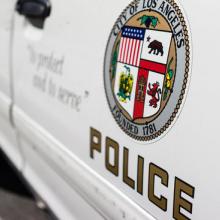 The Los Angeles Police Department saw a 25% reduction in officer-involved shootings last year, compared to the previous year, according to a report presented to the Board of Police Commissioners Tuesday.

LAPD Chief Michel Moore credited newer department policies that call on officers to use more de-escalation techniques as a top reason for the decrease in deadly encounters.

The department's officers "the vast majority of the time are finding a successful way in resolving difficult and often chaotic situations successfully without having to resort to force in any manner," Moore said.

The board did not vote on the report, which will be made available on the department's website, lapdonline.org, but plans to have it back on the agenda next week after giving the public time to review it