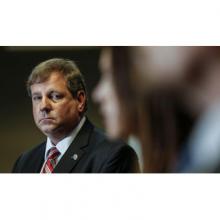 Tensions between Los Angeles Police Chief Charlie Beck and the union representing LAPD officers boiled over into a federal lawsuit Thursday, with the Los Angeles Police Protective League claiming the chief has a "corrupting influence" on the disciplinary process and calling for major changes in the way the department reviews serious misconduct cases.

In a 57-page suit filed against the chief and the city in U.S. District Court, the union claimed Beck has violated the rights of rank-and-file officers who are accused of misconduct by pressuring disciplinary board members to return guilty verdicts. The Board of Rights -- a three-person panel that decides disciplinary cases for officers, who usually face termination or lengthy suspensions -- always consists of two high-ranking LAPD officials and one civilian.

Pointing to separate lawsuits filed by four LAPD captains who claim they were punished for disagreeing with discipline recommended by Beck in the past, the union argued that the chief has an unfair amount of influence on the Board of Rights proceedings. The board should be composed entirely of civilian members, according to the suit.

"That's unprecedented, for a major city police union to be advocating for more civilian oversight," said Gregg Adam, an attorney representing the union in the matter. "But we think our members absolutely deserve it and will be much more fairly treated by it."

The City Charter section that requires two command officers to be board members violates the 14th Amendment right to due process because those officers "owe their rank to the chief," the lawsuit alleges. That structure creates an "inherent pressure" for board members to return findings of guilty and "impose a specific punishment, which is almost always termination," the suit contends.

In an interview with The Times, Beck said he has sent 184 officers to the board to face termination in the last five years, and the officers have either been cleared or faced a lesser penalty in more than half of those cases.

"That's almost 100 times. So if I'm giving instructions not to do that and punishing people for it, then how does that work?" Beck asked. "That would not have happened that way."

Beck questioned the union's motives, saying civilians are known to be more lenient toward police officers charged with discipline. He also rejected allegations that he unfairly influenced the board's decisions.

"I just don't do that. I'm too familiar with the system. I value the system and its checks and balances too much," he said. "I'm willing to work with the union on discipline issues - that's their job, I get that. But to say that I would unfairly influence people that work for me in this process is just not right. I don't think they even believe that."

Thursday's lawsuit is the latest in a series of public shots the union has taken at Beck in recent months.

Earlier this year, the union's directors called a rare news conference to criticize the chief's response to a citywide uptick in crime, complaining that Beck had taken too many officers from patrol duties into specialized assignments or civilian work.

That news conference was held one week after Beck publicly recommended an officer be criminally charged in a fatal on-duty shooting, drawing harsh criticism from the union.

At the union's urging, City Councilman Mitch Englander convened a special meeting of the Public Safety Committee, where lawmakers peppered Beck and other LAPD brass about the department's crime-fighting strategies.

The union rejected that it was seeking more favorable outcomes by having more civilians on the boards. Craig Lally, the union president, said the disciplinary statistics raised by Beck were invalid because many officers reach settlements with the board, pleading guilty to lesser misconduct charges in fear that the command officers will fire them at Beck's behest.

Lally alleged that Beck often will urge Board of Rights members to terminate officers involved in high-profile misconduct cases as a way of placating the public following controversial incidents.

He pointed to the firing of former LAPD Det. Frank Lyga, who was caught on tape making racially charged remarks about a prominent black civil rights attorney and insulting comments about a female LAPD captain. Lyga, who is white, also made insensitive comments about a black officer, Kevin Gaines, whom he fatally shot during a 1997 traffic dispute. Lyga was working in an undercover narcotics detail when he became involved in the argument with Gaines, who was off duty. Neither knew the other was a police officer.

Lally said that Lyga should not have been fired, but argued that his case was one of several in which Beck pushed for a termination in order to gain a public relations victory.

"They just think it's easier for them to terminate the officer and basically wash their hands of it. ... They can say that they've done something to fix the problem," Lally said.

During a news conference, Lally said the union had nearly reached an agreement with the mayor and city attorney's office this month to alter the disciplinary process and replace uniformed Board of Rights members with civilians.

But the deal fell apart, according to Lally, who said the city attorney's office suggested the proposed changes might not be legal but did not explain why when asked by the union.

Rob Wilcox, a spokesman for City Atty. Mike Feuer, said the union was never in negotiations with his office. The union spoke with Mayor Eric Garcetti's office, which may have requested advice from the city attorney, Wilcox said.

"While I cannot discuss advice we provided, L.A. voters adopted a clear and legally-sound charter provision prescribing the composition of the LAPD Board of Rights," Wilcox said in an email. "Of course, policy leaders and voters could amend the charter to alter that provision as early as November."

A spokeswoman for Garcetti did not respond to questions about the negotiations described by Lally. In a statement, the mayor said that the LAPD's disciplinary process is "outdated" and that he is open to reforms but believes Thursday's lawsuit is unnecessary.

In separate lawsuits filed earlier this year, several captains who were board members contended that they were pressured to rule against officers accused of misconduct and suffered retaliation after disagreeing with Beck during Board of Rights proceedings, according to the union's court filings.

One captain contended that a superior told him that "when we send someone to a Board of Rights, we expect termination," according to the union's lawsuit.

One of those lawsuits, filed by Capt. Peter Whittingham, was rejected by a jury last month, Wilcox said.

Lally, whose union represents 9,000 sworn LAPD officers up to the rank of lieutenant, said the lawsuit has nothing to do with the union's past clashes with Beck.

"You can name your chief in the past -- they have done the exact same thing that Chief Beck has been doing," he said. "It's the process that's broken."