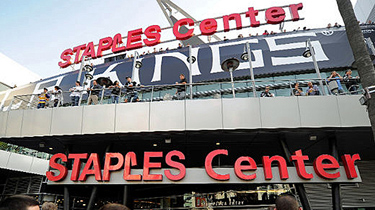 The Los Angeles Police Department is warning the public against buying tickets to the LA Kings' Stanley Cup Final game, or any events like concerts and sporting events, from people on sidewalks near the events.

Several people bought tickets from private vendors on sidewalks near the Staples Center just before Wednesday's NHL game at the Staples Center. But when the buyers tried to enter the game, the tickets turned out to be fraudulent.

Tickets to the Stanley Cup Final games have sold for $2,000. Street sellers were asking $500, then coming down to $200, so buyers thought they were getting a good deal.

"Caveat emptor, let the buyer beware, is a good motto to follow in such purchases," said the LAPD in a statement. "If the deal sounds too good to be true, it probably is."

The LAPD warns that in this age of color scanning and desktop publishing, it's easy for crooks to mock up fake tickets and sell them online or in-person at the venue.

The next possible LA Kings Stanley Cup Final home game could be on Monday, June 11. Police are warning the public not to be duped by scheming ticket sellers.

Further, the LAPD accepts tips on crime. Tipsters can remain anonymous by calling into Crime Stoppers at 800-222-TIPS (8477), or by texting 274637 (C-R-I-M-E-S on most keypads) with a cell phone. All text messages should begin with the letters "LAPD." Online tips may be placed at www.LAPDOnline.org, click on "webtips" and follow the prompts.