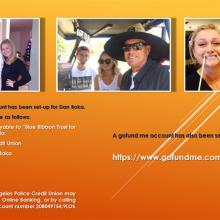 On May 23, 2017, Officer Dan Boka, a 20 year veteran of the Los Angeles Police Department, was on his way to work when he was involved in a serious accident.

Officer Boka is in stable but serious condition. He has a long recovery ahead of him. Any amount donated will go directly to Dan and his family for any additional care and any unforeseen expenses that may arise during his recovery.

A GoFundMe account has been set up in Dan's name: www.gofundme.com/officerdanboka. 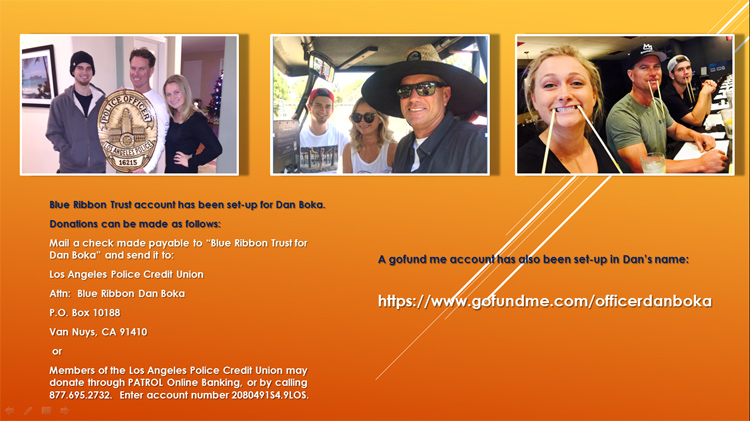