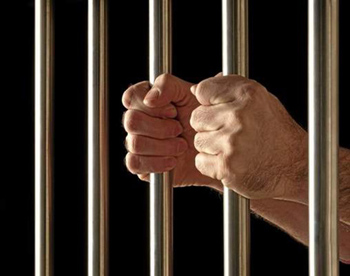 There's a real need to reduce California's alarming incarceration levels and free up precious funds that could be better spent on education and rehabilitation. But Proposition 47 isn't the answer.

It's too bad, because it's a well-intentioned idea, but one that has too many potential unintended consequences.

The proposition would reduce felony penalties to misdemeanors for most drug-possession cases, shoplifting, forgery, writing bad checks, theft and receiving stolen goods worth under $950 - unless the accused has been convicted previously of murder or certain sex and gun crimes.

It would also give nonviolent felons sitting behind bars an opportunity to reapply for resentencing.

The annual savings - estimated to be in the hundreds of millions a dollars - would be redirected toward anti-truancy efforts, dropout prevention, drug rehabilitation program, crime victims and mental health programs.

Sounds like a good idea on its surface. But one problem is that many of these crimes can already be prosecuted as misdemeanors.

Only a small portion of those convicted of the aforementioned offenses ever go to state prison, and that's if they have a prior serious or violent conviction, the nonpartisan legislative analyst points out. And in the case of first-time drug offenses, most are eligible for diversion instead of jail or prison. Removing the threat of jail time could mean most drug-possession offenders, many of them addicts, would skip rehab.

Also worrisome is that Proposition 47 allows no extra penalty for repeat offenders. What about someone who forges 10 checks for $500 each over the years? This proposition doesn't deal with that. And for poor communities, where a few dollars matter, that is huge.

Still, this board believes in rehabilitation. Too many folks are being locked up when there are alternatives. But asking voters to reshape sentencing isn't smart.

Twenty years ago, voters did just that amid anti-crime hysteria with the three-strikes law. The infamously harsh law went too far, putting some nonviolent felons in jail for life. Just two years ago, motivated by stories like that of a man sentenced to life for stealing a slice of pizza, voters tamped it down by overwhelmingly passing Proposition 36. That initiative eliminated mandatory life sentences for nonviolent, third-strike felony convictions.

The original law went to one extreme; then it had to be swung back decades later. That's too likely when these criminal justice issues get played out in a ballot measure.

That Proposition 47 is on the ballot is an indictment not of voters but of Sacramento's failure to deal with this serious problem.

With the Supreme Court's 2011 mandate to reduce California's prison population, a drop in crime and a push across the nation to rethink the lock-'em-up mentality, there's an open window to make meaningful changes in sentencing laws.

There needs to be a serious review of sentencing. As the bipartisan proponents of the measure show, there is support for this across the aisle.

Over-incarceration, the treatment of the mentally ill and drug sentencing are all urgent matters costing the state dearly.

Lawmakers need to fix these problems - not voters.