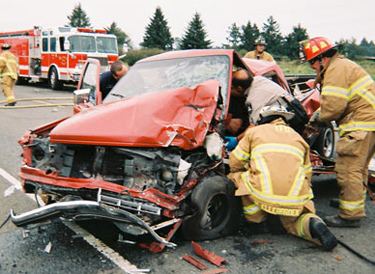 On June 14, 2010, Roberto Galo was caught driving the wrong way down a one way street, driving without a license and driving without insurance. He was arrested and his car was impounded.

Less than 24 hours later he had his car back and continued to drive it until he killed my son. On July 27, 2010, he was allowed to plead to the lesser offense of driving the wrong way down a one-way street and his driving without a license charge and driving without insurance charges were dropped. At that time, he had already been driving again for over 45 days.

Drew was on his way home from law school when Galo made a last second left hand turn, without warning, trying to beat the changing light. He collided with my son who was on his motorcycle. As they were both going slowly (and Galo was at a complete stop before he made his last second turn) my son probably survived the collision. The medical examiner said he had no head injuries. Instead of stopping Galo accelerated and his right front tire drove over my son's abdomen. When he could not continue forward because my son's body and his bike blocked his way, he backed up driving over his body a second time. Continuing his attempt to flee he then went forward again driving over him a third time only stopping because a brave citizen got out of his car and stood in front of Galo's car stopping his progress. Unfortunately, he stopped with his right tire on my son's abdomen. Five men had to lift the car off his body. My son's death was only one last year of the hundreds caused by unlicensed drivers in California every year.

Today, the City of Los Angeles is considering ending the 30-day impound policy mandated by state law. This change would be ill advised and threaten public safety. Of the roughly 40,000 fatal car crashes each year, 20 percent involve a driver without a valid driver's license, according to a study conducted for the American Automobile Association Foundation for Traffic Safety. (AAA). That's about 8,000 drivers who should not have been on the road. According to the AAA, car impoundment is a strong deterrent.

Even the Los Angeles Police Protective League that represents the rank and file opposes the Mayor's directive to have the LAPD change the 30-hold policy for unlicensed drivers because it puts politics above public safety. Their concern, as should be the concern of the Chief, is for the safety of residents on the streets of Los Angeles.

My opposition to the change in 30-day hold policy is based solely on public safety.

With a 30-day vehicle impoundment, an unlicensed driver willing to ignore the law is, at least temporarily, less likely to further violate this law because he or she will not have access to the impounded vehicle.

The "new policy" besides being illegal and unsafe is also irrational and illogical. Besides the hundreds of deaths caused every year by unlicensed drivers there are thousands of people injured and hundreds of millions of dollars in repair costs which are rarely covered by the unlicensed driver since they rarely have any insurance and when they do it's practically worthless. Whenever traffic laws are not obeyed enforcement and fines are increased. The LAPD proposal does just the opposite. Are the deaths, injuries and costs not sufficient? This proposed policy is not only irresponsible but criminal. If enacted, the LAPD will be aiding and abetting criminal activity that they know will result in more deaths and injuries and additional loss of and destruction of property.

LAPD Assistant Chief Michel Moore does a nice job of "spinning" the court decision regarding the "community caretaking doctrine" trying to make it look their proposed policy would be in line with the court's ruling. That is simply not true. There is no legal cases that mandate the LAPD make the changes they are suggesting. In fact recent impoundment case law supports a policy of continued impoundments.

I am a life-long liberal who has never shied away from claiming to be a liberal. I supported the Dream Act. I support a process to legitimize many illegal immigrants and provide a path to citizenship for others. I even support allowing illegal immigrants to obtain drivers licenses. Nevertheless, I am also a grieving parent who has lost his son because the state has refused to enforce the law, the DMV refuses to enforce the law, the city of San Francisco refuses to enforce the law and now the City of Los Angeles wants to join this illustrious club. I do not really give a damn what nationality the driver who killed my son is. All I know is that had the law been followed he would be alive today.