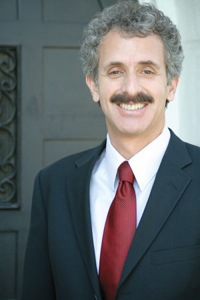 According to the city attorney, Time Warner is required to pay the City a franchise fee to install cable wires and boxes under city streets, on telephone poles and elsewhere in the “public-right-of-way.” Until 2009, the cable provider was also required to pay a fee toward providing public, governmental and education television programming, including allowing the public use of its studios.

Mike Feuer showed he clearly has his priorities straight when he said at a news conference on Friday:

“The money we allege in this complaint would fund 100 police officers. It would fund 50 miles of sidewalk repair. It would fund the trimming of 60,000 trees in the city. It’s real, it’s material, and it’s time the taxpayers of L.A. received an amount of money that, relative to the billions of dollars that Time Warner derives from its franchise here in Los Angeles, is very nominal for them. It’s material for us.”

Feuer has been in office for less than a year, but his public safety priorities are already benefiting the city. He is doubling the neighborhood prosecutor program and is working with the LAPD to enforce new rules passed by the voters restricting marijuana dispensaries. As a result, he has shut down over 100 illegal dispensaries.

We appreciate and salute the city attorney and his staff for watching the backs of Los Angeles residents and serving as a role model for all elected officials by putting public safety first.