Skip to main content
11
Jun 2015
Commission got it wrong 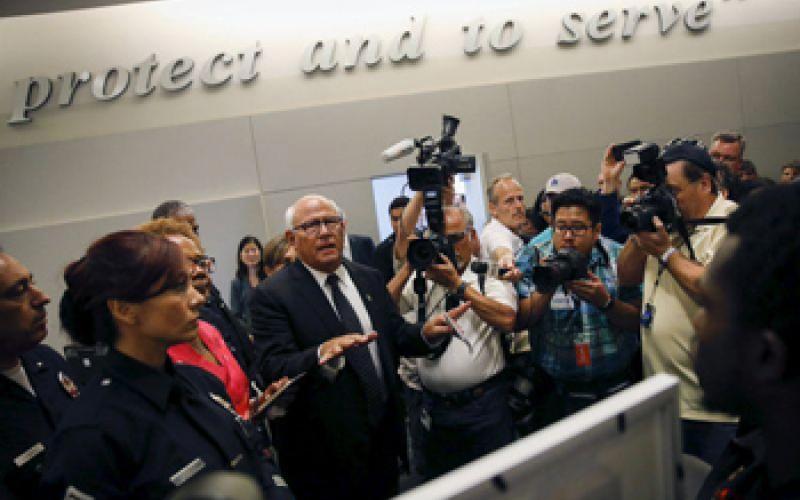 Since August we, along with the entire Los Angeles community, have been following the investigation of the Ezell Ford officer-involved shooting and awaiting the determinations made by Chief Beck, the Inspector General and the Police Commission.

In these reviews it was clear to us that what was found was that all of the DNA, all of the independent witnesses interviewed and all of the officers’ statements attained supported the notion that Ford attempted to take an officer’s weapon. As soon as Ford went for the officer’s weapon, he immediately escalated the situation, forcing the officers to make the decision they did in order to protect themselves and those around them. In any instance where an officer has his or her weapon attempted to be taken from them, the officer is trained to assume that the only reason the suspect is doing so is to use it against the officer or an innocent bystander. This decision was rooted in years of off- and on-duty trainings where simulations exactly like this one are played out in great detail. In short, regardless of the circumstances or what may have led up to the events, a suspect reached for an officer’s weapon and the officer reacted in the manner he was trained to do.

After reviewing the facts of the case and relying on his more than 40 years of experience as a law enforcement officer, Chief Beck determined that the officers were justified in opening fire as the suspect attempted to take one of their guns. The Board of Directors and League attorneys reached the same conclusion and such, publicly announced our support of the Chief.

Surprisingly, the Police Commission, who was privy to the same facts as Chief Beck, came away with a different conclusion. It unanimously reached a finding that left many, including the LAPPL, scratching their heads and wondering how the Commission could let the usual protesters and external political forces influence their decision on this extremely important matter. Beyond being self-serving, the decision was downright irresponsible and has the potential to put the officers that protect this city at risk by signaling to criminals that it is OK to reach for an officer’s weapon depending on the situation.

The Commission got this wrong. Instead of focusing on the multiple forms of hard evidence, including the fact that Ford was a known gang member with a lengthy criminal history of violent crimes, the Commission cited and stretched thin the “objectively reasonable” standard established in the 1989 U.S. Supreme Court case of Graham v. Connor. A standard that the court later noted should not be the primary driver determination, noting that “reasonableness must embody allowance for the fact that police officers are often forced to make split-second judgments—in circumstances that are tense, uncertain, and rapidly evolving—about the amount of force that is necessary in a particular situation.”

This is not the first time we have disagreed with the Commission, nor will it likely be the last. That said, there have been plenty of instances where we have agreed, even on some use of force issues in the past. We take every case as it comes and examine the facts before determining our official position, regardless of where the Commission, Chief or Inspector General stand. Recently, law enforcement has captured the nation’s attention, and all eyes are on us; however, all law enforcement leadership needs to focus on the facts at hand and not on outside pressures when making determinations that seriously affect public and officers’ safety.