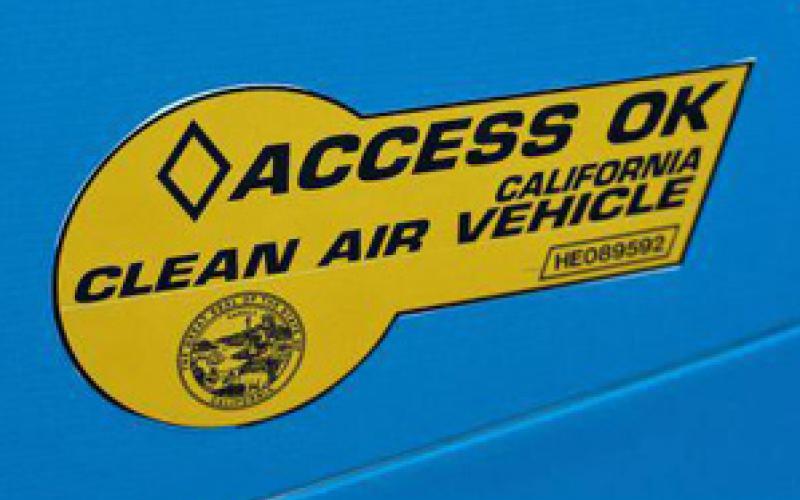 If you’ve been driving a hybrid vehicle and are lucky enough to have a yellow decal that gives you the privilege of driving in carpool lanes without the required number of occupants, your days are numbered.

Yellow clean air vehicle stickers are valid only until July 1, 2011.

The yellow “Access OK” stickers will no longer allow use of diamond lanes to the over 85,000 people who have them. According to the Department of Motor Vehicles and a notice on the California Air Resources website, the program will expire July 1st. Drivers of vehicles with a white clean air sticker will still be able to use the high occupancy vehicle lanes, irrespective of the number of occupants until January 1, 2015.

Anyone driving solo in the carpool lane (without a white clean air sticker) after July 1st risks getting a hefty ticket if they are not operating their vehicle with the required number of passengers.

The program was created by the 2004 passage of a state law. The number of stickers was capped at 85,000. At the time, just 85,000 hybrids were being sold annually nationwide. By 2007, the stickers were gone. The driving privilege was supposed to end a year later. Then it was extended.

Solo commuters will still have the ability to drive on the Interstate 15 express lanes in northern San Diego County and the Highway 91 express lanes in eastern Orange County by paying a toll.

The news is not all bad. As a result of more recent legislation, the DMV will soon issue a new generation of clean-air stickers in 2012 for plug-in hybrids and other vehicles currently under development. When the stickers are issued, they will allow 40,000 advanced technology vehicles, which meet even stricter California emission standards, to use carpool lanes.

In the meantime, if you are the owner of hybrid clean air vehicle displaying the yellow Clean Air Vehicle sticker, please heed the warning and do not drive your car in the high occupancy vehicle lane unless the minimum passenger requirements are met.