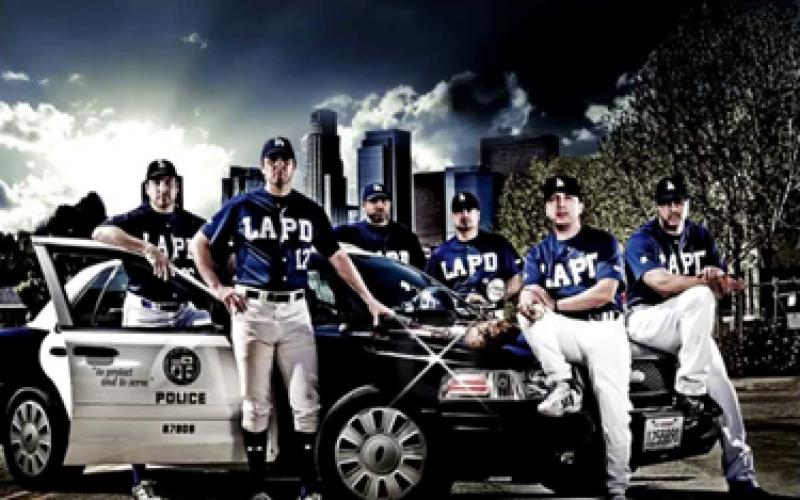 LAPD officers go above and beyond their daily duties to develop relationships with the community and make L.A. neighborhoods better and safer places to live. The inaugural short video in a series that highlights the work of these officers focuses on a new program of the Centurions, a baseball team made up entirely of LAPD officers. In the near future, we will debut additional videos that highlight the many ways our officers go “Beyond the Badge.”

The Centurions team dates back to the 19th century and the early years of baseball itself. The modern Centurions play great, competitive baseball. More than that, they are committed to working with young people in the community to form better relationships and develop baseball talent. The Los Angeles Police Protective League (LAPPL) has featured the team, as well as the activities of many other LAPD officers who devote significant off-duty time to community work, in our “Beyond the Badge” series that runs in our internal magazine, the Thin Blue Line.

We’ve made the Centurions “first up” in a series of LAPPL videos to showcase these stories because we believe more people should get involved in a new project, whether that’s with the Centurions or another worthy organization. As the brainchild of Centurions team manager, Officer Mike Scott, the Centurions ask young people throughout the city to take a pledge to “Just Say No” to drugs, crime and gangs.

The work of the Centurions and other community involvement efforts by the LAPD are all part of the bigger picture of how the police engage with citizens of all ages in an effort to lower crime in our neighborhoods over the long term by promoting positive role models and interaction with law enforcement. Building relationships between young people and officers wearing baseball uniforms, according to the Centurions, is a great way to break down barriers with young people and improve overall interactions between the community and the police. At the end of the day, the goal of every LAPD officer is to make Los Angeles a safer place for each citizen to live.

Click here to watch the Centurions’ valiant efforts to teach L.A. children about the dangers of drugs and gangs and, ultimately, promoting public safety. We invite everyone to watch the video, share with your family and friends via your social media channels and join the campaign to “Just Say No” to crime, drugs and gangs. For more information about the LAPD Centurions and their efforts, visit Lapdbaseballteam.com.