When Sgt. Crowley of the Cambridge Police Department responded to the broadcast of a “possible break-in in progress,” I’m sure he was simply trying to do his job – protect and serve his community, as all of us in law enforcement sign up to do. Assigned to an administrative position, he could have ignored the radio call and left it for patrol officers to handle, but he didn’t – because he’s obviously a man of integrity and a law enforcement officer who takes his job seriously.

It’s a shame that by trying to investigate a person he CLEARLY had reasonable suspicion to believe was a possible suspect, Sgt. Crowley has been thrown into a national controversy by the homeowner’s ranting that Crowley is a racist. Had Crowley not taken the call and there had been an actual break-in, he would have been criticized for not doing his job; instead he has been publicly raked over the coals, called a racist and denounced by the President of the United States as acting “stupidly” for arresting the belligerent homeowner for disorderly conduct (who if you read the report, clearly created the situation). To read a copy of the police report, click here http://www.scribd.com/doc/17512830/Gates-Police-Report. 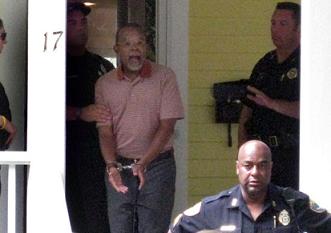 While President Obama has since tried to dampen the uproar by saying he should have “calibrated those words differently,” this situation underscores how easy it is to create a controversy by rushing to judgment before knowing all the facts.

It’s fortunate that no violence has resulted from this controversy and we hope that public officials take this as a lesson to not make comments that can stoke racial tensions unnecessarily.

Regardless of the comments of others, there is nothing “stupid” about public safety or those who risk their lives to protect it.