Skip to main content
10
Nov 2016
Protesters had a plan, LAPD’s command staff did not 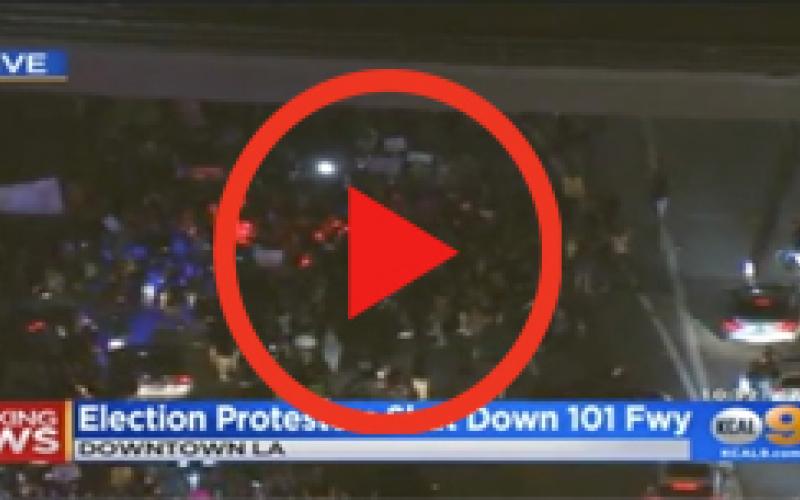 Click on the image to view news video of the protest.
By
LAPPL Board of Directors

When did some LAPD command staff stop being cops, instead becoming politicians worried about their next promotion rather than the safety of those under their command?

Last night’s protest was yet another pathetic example of political correctness undermining the public’s safety. As the news video below depicts, police officers and highway patrolmen were in imminent danger, surrounded by hundreds of protesters and were pleading for backup.

A blind person could have seen what was coming last night. The professional protesters were all over the news and social media telling anyone who would listen that they were going to raise hell in the streets of Los Angeles.

Apparently, the only people who did not anticipate this protest materializing was our LAPD command staff. They had no plan of action and failed to act. Officers on the street last night were overwhelmed and calling for backup, freeways were shut down, fires were started and angry crowds grew larger and larger. It was a powder keg waiting for a match. Sound familiar? The 1992 Los Angeles riots started in this manner. Where was the plan to maintain order and keep residents and officers safe?

LAPD command staff are now telling the League that they did not have the resources to restore order during last night’s lawbreaking. Really? Well, then what are they doing about our chronic understaffing? The League has been clamoring for a baseline staffing plan to boost the number of officers protecting our city on a daily basis. It is part of our comprehensive Community Policing Reset (CPR) plan that we are pushing for.

Instead of giving our rank and file lip service about how “we don’t have the resources,” we need action. The LAPD command staff should get off their rear ends, put their money where their mouths are and fight alongside the League to get the public a baseline staffing plan that will keep residents and officers safe.

Putting officers and the residents we serve in danger because LAPD command staff does not want to ruffle the feathers of professional protesters, or justify to City Hall that we need more resources, is unacceptable. Maybe it’s time some timid LAPD command staff go back out on patrol so that they can remember what it was like to be a cop again!