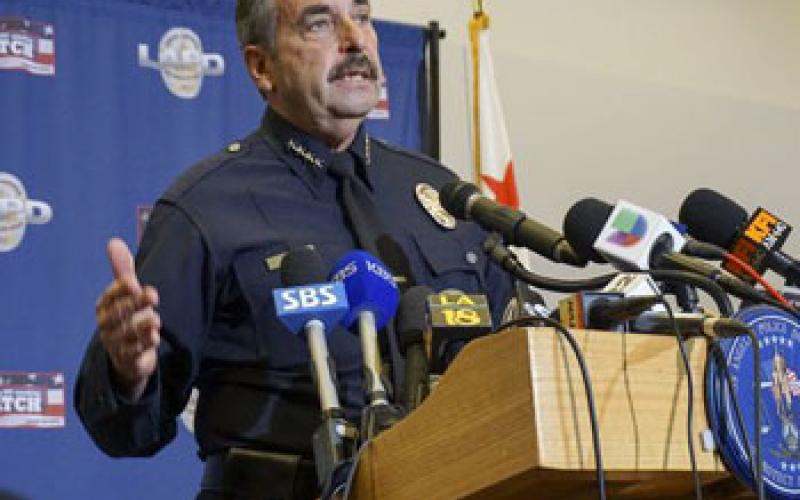 Impartial. Unbiased. Fair. Chief Charlie Beck clearly forgot the meaning of those words. Those words should guide every investigation conducted by a law enforcement agency or a District Attorney’s Office. Whether it’s an investigation of an officer-involved shooting or an investigation of a resident who is accused of committing a crime, all parties, including the community we serve, deserve an impartial, unbiased and fair review of all the facts and evidence. Period.

On Monday, Chief Beck chose to put politics above fairness by shouting from the rooftops to every media outlet in the nation that the District Attorney should file criminal charges against LAPD Officer Clifford Proctor.

This is not standard procedure. This is not how this Chief has conducted himself in the past on previous officer-involved shootings. Attempting to unduly influence the elected District Attorney’s independent investigation and her decision is wrong.

The Los Angeles Police Protective League does not know if Officer Proctor’s use of force was justified or what was in his mind at the time or leading up to the incident in question. We do not have access to the evidence in this case. But that, however, is not the point. Everyone deserves to have his or her fate determined by a fair and complete investigation. Everyone.

On Monday, the LAPPL issued the following statement to the media regarding Chief Beck’s actions, and we stand by it:

"When an officer feels compelled to discharge their weapon in the line-of-duty, it warrants a thorough and complete investigation, especially when a life is lost. In all officer-involved shootings, the District Attorney’s Office closely monitors the investigation. DA investigators are on scene immediately following an incident. The DA then makes an independent decision based on the facts as to whether or not a prosecution is warranted.

Chief Beck should stop trying to unduly influence the outcome of this decision, or compromise its objectivity in any manner. It's unfortunate that Chief Beck has chosen to politically grandstand in the media instead of allowing this process to conclude and the District Attorney to make her independent decision. As such, we encourage facts, and not Chief Beck’s rhetoric, to be what guides the District Attorney’s ultimate decision on this matter."

In the past, when Chief Beck felt that an officer shouldn’t be charged following an investigation, he did not go public before the DA’s Office completed their review. What changed?

Chief Beck is very media savvy. He made a political calculation. He knew that by going public, he could effectively wash his hands of the matter. While that may demonstrate political expediency, it does not demonstrate leadership. Leadership means that sometimes you have to do the unpopular thing in order to do the right thing.

There’s a misconception that police officers expect their chiefs to back them no matter what the facts may show. Nothing could be further from the truth. What police officers expect, however, is that while we are doing a job that is inherently dangerous, our leaders ensure that we are treated fairly if we are ever accused of doing something wrong.

Chief Beck failed us all.